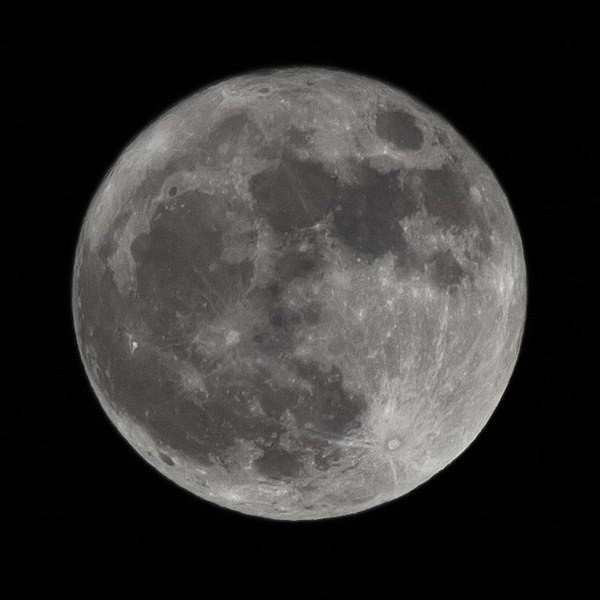 When the full face of the Moon is illuminated, it is known as a Full Moon. In its orbit around Earth, a full moon is opposite the sun. From Earth, the bright side is completely visible. For two to three nights, the moon looks full to the naked eye. Astronomers, on the other hand, consider the moon to be full when it is exactly 180 degrees opposite the sun in ecliptic longitude.

However, as seen from Earth, some Full Moons are only 99.9% lit. The Moon's orbit around Earth is inclined at an angle of roughly 5° in regard to the Earth's orbital plane, the ecliptic, which is why we can't view the full illuminated hemisphere of the Moon during some Full Moons. We observe the Moon at an angle that reduces the illumination percentage by a small amount whether the Full Moon occurs while the Moon is above or below the ecliptic.

Because the Moon is in continual motion around the Earth, the Full Moon only lasts a fraction of a second. This implies that in certain regions of the world, the Full Moon occurs during the day.

Even yet, when more than 98 percent of the Moon's disc is lighted up, the Moon might appear to be full a day before or after. It can be difficult to distinguish between a Full Moon and the end stage of a Waxing Gibbous Moon or the start of a Waning Gibbous Moon because of this.

Lunar Eclipses are triggered by the Full Moon.

At full moon, the tides are higher.

Around the Full Moon and New Moon, the contrast between high and low tide is the most noticeable. The gravitational forces of the Moon and the Sun combine during these Moon phases to draw the ocean's water in the same direction. Spring tides or king tides are the names given to these types of tides.

The full moon provides you opportunity to dwell in your life's completeness. It's a moment to give thanks for all of the benefits you've received and are experiencing. It's also an excellent moment to recommit to the pursuits and relationships that are most important to you. Allow the full moon's light to reveal what is working for you and enhance those areas by being deliberate about how you will proceed in your life. Gratitude is a simple but powerful exercise, and the energy of a full moon may heighten your sense of happiness as you take in all of the beautiful things in your life.